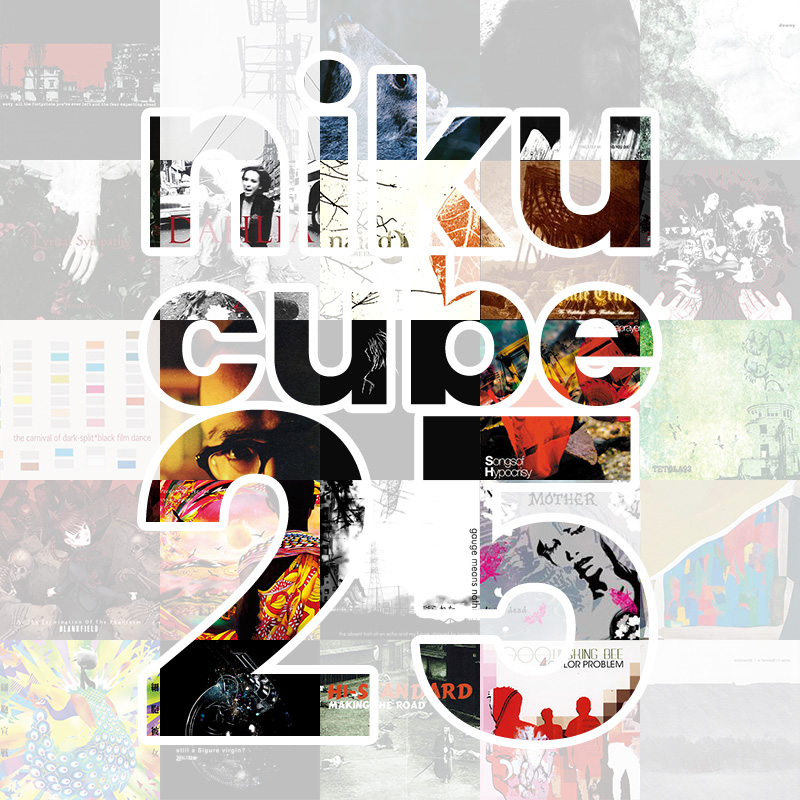 These are the screams, blastbeats, and feedback coursing through our veins. To understand us, you must understand these. These don’t come in any particular order, but the ones on top mean more than the ones on the bottom.

1. Envy - All The Footprints You’ve Ever Left And The Fear Expecting Ahead (2001)

There aren’t many albums I can point to as literally changing the course of my entire life. In fact, beyond this one, there aren’t any. In 2001, Envy crafted one of the most unique, passionate, and incredible musical masterpieces of all time. Almost unanimously pointed to as the high point in their discography, and the inflection point that spawned a sea of copycats, All The Footprints… is required listening.

Taking cues from mid-90’s American emo groups like Mineral, and Sunny Day Real Estate, Tokyo’s Bluebeard somehow became a Japanese underground legend with one of the smallest discographies of any band on this list. Just one EP, a split (with Nine Days Wonder), a 7" and demo cassette were all this band released in their few years of existence at the turn of the century. With melodies that stick in your head, a dreamy mood, and a sound still unmatched has kept this EP on constant rotation for two decades.

Before 2005’s The Book…, toe had already made a name for themselves in Japan by pioneering mathy, instrumental rock in the underground. This album really let them spread their wings and explore different facets of their sound, unconstrained by instruments, song structure, or runtimes.

While Mono certainly wasn’t the first to create cinematic, instrumental post-rock, their deeply emotional melodies and stark dynamics helped them carve out a specific Mono-shaped space in the global post-rock scene. This album saw them distill what was so great on their Under The Pipal Tree debut a year early, while maintaining their stripped-down, minimal instrumentation.

Each one of downy’s albums takes the previous and iterates. Their third, titled 無題 (tr. Untitled) like all their albums, found what made downy’s sound unique and perfected it. This album has some of the darkest melodies and consistently pessimistic moods of any of their albums. Excellent.

Something of a supergroup at the time, formed by Kamijo (Lareine) and Hizaki, both huge in the visual kei scene. Versailles combined melancholic songwriting with intense instrumentation and speed, never shying away from how extreme the song needed to take them. Versailles seemed to be the truest successor to X Japan.

Basically X Japan’s last album. They had been iterating on their symphony meets hair metal meets arena rock sound for almost a decade at this point, but every song is just perfect. If they ever wondered why this album didn’t hit anywhere but Japan, it’s really because their music just became too complex and deep to be pop anymore.

Combining the deep melodies of envy with the new-school hardcore trappings of State Craft and adding a very distinct melodic sensibility, Naiad’s only EP to be released left a mark on Japanese hardcore. Maybe it’s because they were from Kyoto and not Tokyo, like the aforementioned bands, but Naiad has an identity that still feels fresh to this day.

The penultimate Japanese new-school hardcore group. They pioneered a sound that not only shaped an entire subgenre in Japan, but also saw reverberations throughout European hardcore. It seems like bands that burn the brightest seem to stick around the least. While State Craft release many splits and a few EP’s, this was the only proper album they ever released. From the “Final Fantasy” midi intro to the final epic track, this is a milestone in Japanese underground music.

With a Japanese screamo supergroup with pedigree from bands like 3cm tour, cleaner, sora and more, would you expect any less? Their first EP had some of the most intense and poignant tracks from Killie, while also including their penchant for noise/spoken word tracks that annoy the shit out of me. Either way, this is Killie, and it’s just so good.

18. Gauge Means Nothing - The Absent Trail Of An Echo And My Future Plagued By Surrender (2003)